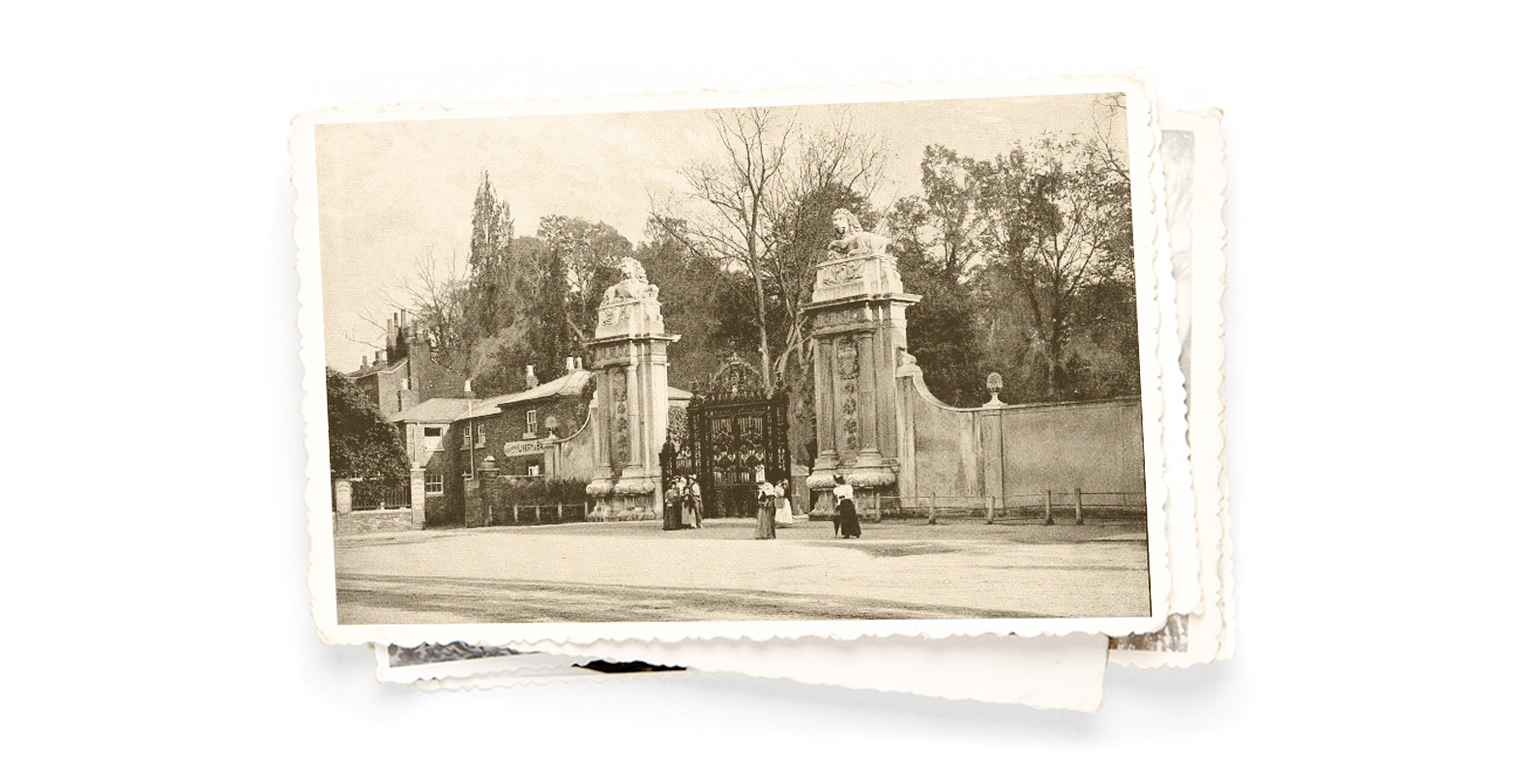 THE HISTORY OF THE MEWS

The Liongate and entrance to Hampton Court Palace Gardens

The Lion Gate Mews is a former Livery and Bait Stables, built off the perimeter wall of Hampton Court Palace, nestled inside the grounds of the Palace gardens, and next to the Lion Gates, designed by Christopher Wren for Queen Anne and George I.

In the 16th and 17th centuries Kingston Bridge was the only crossing of the river between London Bridge and Staines Bridge, and with the vicinity of Hampton Court Palace, a number of inns were built in the area. Travel was by horse drawn carriage, and the horses would be fed and watered in stables, built next to coaching inns. In 1838 the young Queen Victoria opened up Hampton court Palace to the public. Bushy Park became the Victorian’s playground with daily horse drawn coaches running from London to Hampton Court, down Chestnut Avenue.

When the railway came to Hampton Court in 1849 this gave greater access to the Palace and Bushy Park and visitors exceeded 200,000 by 1850. The coming of the railways undermined the horse-drawn services, and the Mews, was converted to Tea Gardens by the 1900’s.